Sandalina sahoshi nari campaign was done for the Bold women in our society who are fighting against the gender inequality of Bangladesh. This campaign was run all over the country. The campaign had been running for the last three years. Campaign’s Newsletter was published in renowned national newspapers such as DAILY STAR, DAILY ITTEFAQ, DAILY MANOBKANTHA, etc. Winners of the campaign were rewarded by Crest and gift hampers. SANDALINA BOLD WOMEN Campaign were praised by the social media influencer also. 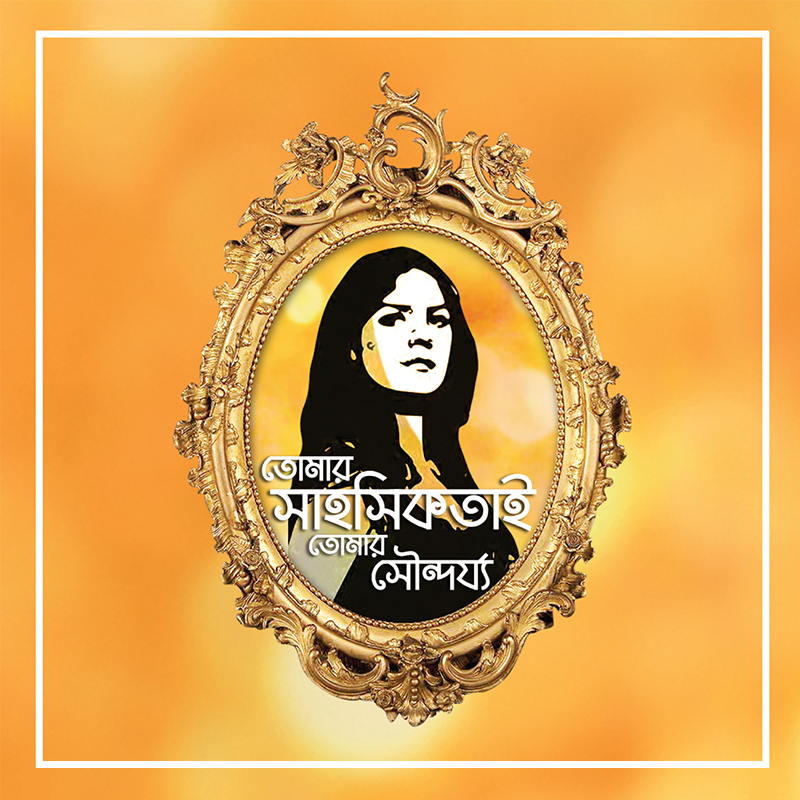 Gender inequality begins in Bangladesh with the birth of the female child which she has to carry throughout her life. Though we have such types of society where gender discrimination is a very common issue there our women are achieving a lot of glory with their own merits. Keeping all these barriers in mind SANDALINA wanted to make a platform for women empowerment. We know the SANDALINA beauty shop has a target group of customers whose age is in certain boundary. SANDALINA wanted to share BOLD WOMEN”s battle stories which they had to fight against our society’s attitude, family, environment with the others. In Bangladesh’s social context our main challenge was to share those bold stories by that woman's own voice in front of the camera who fought for her own dream so that the others women can find the courage to live their life according to their own terms and condition. At the same time we had to make sure that the campaign was socially accepted by all types of people and communities of our country. Because of the sensitive issue of women AD65 had to be more caring about handling of media buying and coverage activity.

The campaign had been running for the last three years. In the first stage we invite the BOLD Stories of women’s journeys from all over the country according to their profession. We got a tremendous response from the target audiences of SANDALINA. We saw women’s emotion, joyfulness and struggle through their stories. We involved the television, newspaper, and online news media with our campaign by press conference. Campaign’s Newsletter was published in renowned national newspapers such as DAILY STAR, DAILY ITTEFAQ, DAILY MANOBKANTHA and etc.

In the second stage we went to find BOLD WOMEN from all over Bangladesh. We arranged the campaign in the seven divisions in Bangladesh. At that time women were comfortable sharing their stories in front of the camera. We made so many courageous video stories of our BOLD Women. Those stories were telecast during the campaign on NAGORIK TV, ASIAN TV, MY TV, etc. We got tremendous response from social media as well. Not only that, we made so many OVC during the campaign for the social media platform.

Thirdly, we arranged talk shows on three national television where the Bold Women came and shared their journeys and other women got inspired to live their own dream from that. They were rewarded by Crest and gifts hampers of SANDALINA BOLD WOMEN Campaign were praised by the social media influencer also.

" Digital marketing Agency AD65 has an incredible level of expertise in so many ways of digital marketing & technological approaches. Ad65 is the best place to develop a proper brand strategy with Digital Marketing. They go to extra mile. "

After the campaign the brand value of Sandalina beauty shop was enriched in our society. Social media influencer of all classes was appreciated the campaign a lot. In our clients' social media platforms they got tremendous positive reaction. Thousands of comments, like, shares they got just for campaign. Several visual talk shows were arranged which increased the brand value of how the clients were wanted. After the campaign ended three winners were awarded by sandina.

READY TO WORK TOGETHER?